Val Wachtel – What I Have Learned 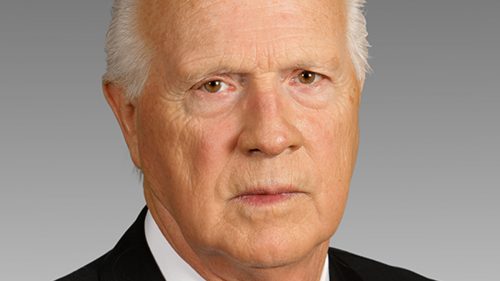 “You never really understand a person until you consider things from his point of view – until you climb into his skin and walk around in it.” Chapter 3, To Kill a Mockingbird

The year was 1962. A young man with sisters, raised by a single mom, and like me, an upbringing we refer to in our adult lives as “growing up poor.” Impressionable, to some unwieldy and, at 18, perhaps mischievous and indomitable. Back then a privilege, to spend an afternoon at the Junction City matinee, that would forever change his outlook on life and shape the friend and lawyer I have had the privilege to know and work with for the past 17 years, Val Wachtel.

Perhaps this, above all else, defines Val. We met prior to the start of my 2L year. I recall with fondness his welcoming spirit and enthusiasm for sharing and teaching those things about the practice that he had learned from his work. He has had a diverse practice and experiences as varied as my grandmother’s farm garden. From juvenile case appointments in the early years, when he hung up a shingle with Ken Carpenter and Pedro Irigonegaray in Topeka, to a representation of the three largest oil companies this side of the Texas Panhandle courtesy of Emmett Blaes. Val’s career has spanned 45 years. It is with honor, admiration, and a genuine interest in his life’s work that I approached my sit-down visit with Val about his practice, and in his view, what he has learned along the way.

Despite my very “green” 2L status, Val eagerly assigned me my first project at the firm. I recall my first impressions of him have held true to this day. He never passed judgment or chastised me for having very little, if any idea what I was to accomplish. He respected me despite my lack of wherewithal. I remember he encouraged me to think outside of the box and to never fear or feel intimidated about my standing in the practice, whether by age, gender, financial success (lack thereof) or otherwise. Val is one of the most thoughtful and amiable lawyers I have had the privilege of knowing. He approaches with a smile and a kind word. He exemplifies professional ethics second to none, with honesty and integrity weaved into every facet of his work, humility and loyalty to each client irrespective of their circumstance, absolute selflessness, no judgments EVER, a hard work epithet, and he is humble in all the most essential ways. Val is brave, honorable, and compassionate. What you see is what you get with Val, and, in the context of lawyering in today’s manipulative world, that is remarkable.

Many may think of Val’s death penalty case work at the mention of his name. And while those cases have had much prevalence within his most recent practice years, Val has worked extensively on civil cases as well. He has stories and lessons from his practice that each of us youngers most surely would benefit from hearing. Time will not allow me to refer to all those savory and sometimes sensational lessons. Nonetheless, I have done my best to capture Val’s version of “What I Have Learned.”

Back to ’62 when Val spent $1.00 for a matinee viewing of “To Kill a Mockingbird.” He was so intrigued after the credits, he exited that showing and spent another dollar to see the film again! I believe the experience impressed upon Val many lawyer traits that he has carried with him throughout his legal career. Shortly after the film viewing, he began his college years at K-State (then Kansas State Teacher’s College), eventually graduating with a teaching degree in 1968. He served in the Army. Val graduated from law school at Washburn in 1974, and then applied with Kansas Legal Aid. Life would take him to California for a brief time, before finally hiring on at Legal Aid to open new offices in Junction City and Manhattan. When his work for Legal Aid ended and he moved to Wichita, Emmett Blaes gave him a job with his firm, Jochems, Sargent, & Blaes, and Val was elected partner within his first year. That firm eventually merged with Larry Klenda’s firm, and Val has been a member at Klenda Austerman since then.

In reflection, Val speaks about many cases that I believe he should be proud of, for his hard work and dedication to doing what is right, irrespective of the difficulty, personal detriment, and public consequence. His guiding principles are to be revered. “Do not make mistakes! Make the other side make mistakes.” Also, diligence, hard work, and seeing a case to its close. These are the tenets of an achieved lawyer. Val is just that. His respect for the law and devotion to doing what is right, distinguish him and define what it means to be a respectable lawyer. Near the close of our discussion, I inquired with Val about his take away from his life’s work, and with humility, emotion, and spirit, he showed how his early teacher training and impressions from the character of Atticus Finch grew him into lawyering without greed or ego, as a giver, not a taker. Val exemplifies the highest type of lawyer, and to borrow from his emphatic personal view of Atticus Finch I must say in closing, Val Wachtel is exactly what lawyers should be!