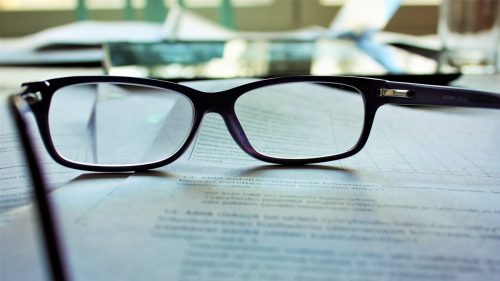 A “liquidated damage” is a specified amount of money set forth in a contract and agreed upon by both parties as the amount of damages a breaching party must pay if a breach of contract occurs. Employers often include liquidated damages clauses in employment agreements in order to punish or penalize their ex-employees for violating the terms of the agreement’s restrictive covenants. These restrictive covenants typically include prohibitions on an employee’s ability to engage in competition, solicit customers and employees, and to disclose the employer’s confidential information. But, are such penalty clauses valid and enforceable? The short answer is no.

In order to ensure that a liquidated damage clause is valid and enforceable, as opposed to a penalty, employers in Kansas should consider two factors that are given considerable weight by the courts. First, the employer should consider whether the set amount is reasonable in light of the value of the subject matter of the contract, and of the probable loss in the event of a breach. Generally speaking, a clause will be considered a penalty where there is no attempt to calculate the amount of actual damages that might be sustained in case of a breach, or where the set amount is disproportionately high. Still parties are not required to make the best estimation of damages, just one that is reasonable. Thus, an employer should do an analysis of what damages it actually expects to incur in the event the employee does breach the agreement, as opposed to just using a random number. The employer should also consider whether these expected damages would vary depending upon which restrictive convent is breached. This may lead to the stipulated damage clause being applicable to only certain restrictive covenants, or it may lead to differing liquidated damages amounts for different types of breaches.

The second factor to be considered is whether the nature of the transaction is such that the amount of actual damages resulting from a breach would be difficult to estimate, and for the employer to prove. Since the purpose of contract remedies is to provide compensation for the harm caused by a breach, and because the liquidated damage amount is designed to substitute a sum agreed upon by the parties for any actual damages suffered, the law requires that the set amount constitutes the best estimate of potential damages where damages are likely to be uncertain and difficult to prove.  In other words, courts will not enforce a liquidated damage clause if the damages incurred due to a breach are easy to calculate and prove, as this would undermine the necessity of having a liquidated damages clause in the first place.

Kansas courts evaluate these two factors using a prospective analysis, not a retrospective analysis. Hence, the reasonableness of a liquidated damage clause is determined as of the time the contract was executed, and not with the benefit of hindsight by comparing the actual damages sustained to the set amount agreed upon.

If an employer performs the necessary two-step analysis on the front end, and documents its efforts to do so, the liquidated damage clause may be an invaluable way of streamlining its claim for damages, and avoiding attorney fees and costs on the back end, if a breach does occurs. But, employers should perform this analysis in each situation, for each type of breach that may be contemplated and for each type of employee, as a one-size-fits-all approach may very well lead to the clause being deemed invalid by a court.